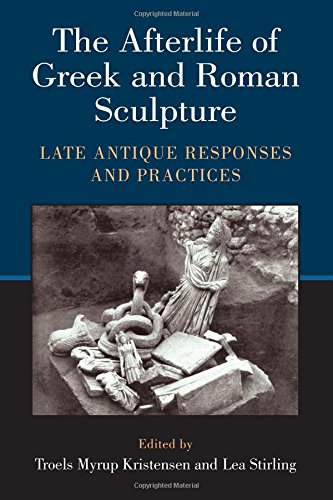 Críticas ""This is a wide-ranging book with an impressive amount of detail: students may well want to keep it to hand as a reference."" --Classics for All-- (07/28/2017) ""The book is a welcome contribution to this expanding field of late antique studies."" --Bryn Mawr Classical Review-- (07/10/2017) ""This volume provides an important updated view for the study of late antique sculpture that incorporates new empirical data and new ways of approaching additional information for the material culture of Late Antiquity."" --Studies in Late Antiquity-- (07/10/2017) ""This book is a must read, especially for archaeologists and art historians who constantly deal with the fragmented material culture of classical antiquity...Highly recommended."" --Choice Reviews-- (12/02/2016) ""Specialists and graduate students of the Classics, ancient art, ancient history, archaeology, religion, and historiography would definitely benefit from this book."" -- Brunilde Sismondo Ridgway, Professor Emerita, Bryn Mawr College ""A persuasive book that sheds new light on repurposed statues in late antiquity."" -- Brenda Longfellow, University of Iowa Reseña del editor For centuries, statuary decor was a main characteristic of any city, sanctuary, or villa in the Roman world. However, from the third century CE onward, the prevalence of statues across the Roman Empire declined dramatically. By the end of the sixth century, statues were no longer a defining characteristic of the imperial landscape. Further, changing religious practices cast pagan sculpture in a threatening light. Statuary production ceased, and extant statuary was either harvested for use in construction or abandoned in place. The Afterlife of Greek and Roman Sculpture is the first volume to approach systematically the antique destruction and reuse of statuary, investigating key responses to statuary across most regions of the Roman world. The volume opens with a discussion of the complexity of the archaeological record and a preliminary chronology of the fate of statues across both the eastern and western imperial landscape. Contributors to the volume address questions of definition, identification, and interpretation for particular treatments of statuary, including metal statuary and the systematic reuse of villa materials. They consider factors such as earthquake damage, late antique views on civic versus ""private"" uses of art, urban construction, and deeper causes underlying the end of the statuary habit, including a new explanation for the decline of imperial portraiture. The themes explored resonate with contemporary concerns related to urban decline, as evident in post-industrial cities, and the destruction of cultural heritage, such as in the Middle East. Ver Descripción del producto