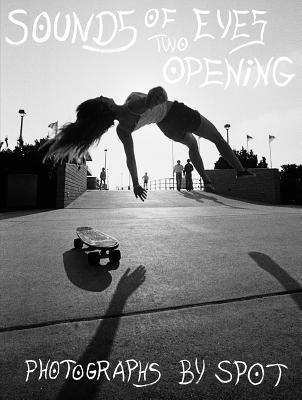 Glen Lockett (born 1951), better known as Spot, was the legendary in-house producer and engineer at SST Records in Los Angeles--the label founded in 1978 by Greg Ginn as a vehicle for Black Flag, the band that spearheaded the city's hardcore punk movement. Between 1979 and 1985, Spot recorded, mixed, produced or co-produced most of SST's pivotal acts, working on all of Black Flag's greatest records, and on classic albums by the Minutemen, Meat Puppets, the Misfits, Husker Du, Saint Vitus, Descendents, Minor Threat, Big Boys and The Dicks. As this volume reveals, it turns out that Spot was also a master photographer, who recorded the many subcultures of Los Angeles in intelligently composed black-and-white photographs. Spot photographed the circles around Black Flag, the Germs, the Mentors and the Minutemen, as well as the very early days of professional skateboarding and Los Angeles beach culture. Spanning the late 1960s through the early 1980s, "Sounds of Two Eyes Opening "offers an amazing portrait of Southern California's beach life, set against the dark clubs and rehearsal spaces of the hardcore punk scene.