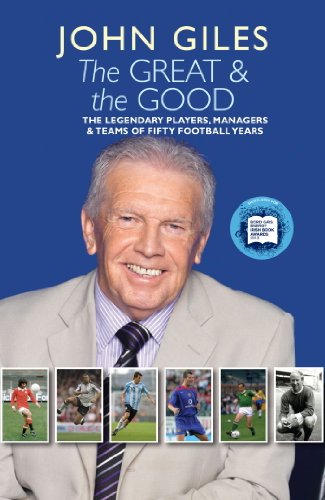 The Great and the Good (English Edition) por John Giles

John Giles con The Great and the Good (English Edition)

In The Great and the Good, Ireland's leading football pundit and legend of the game John Giles looks back on more than fifty years of football, at developments in the game from the post-War period to the present day, the great players who drove it forward, the visionary managers and their teams, and the age-old question of what makes a player good and what makes one great.
From his earliest days, John Giles can recall pondering the subject. 'You'd hear about certain 'great' players, such as Stanley Matthews, but no one would ever explain why they were great. And it's a thing that has always frustrated me: trying to define what makes a player great, and what separates the great from the good.'
Now the man himself brings us the answers and celebrates the great ones, from Stanley Matthews, Tom Finney, Dave Mackay, John Charles, Johnny Haynes and Jimmy Greaves to Pele, Franz Beckenbauer, John Robertson, Diego Maradona, Marco van Basten, Lionel Messi, Paul Scholes and many more. It will include a section on Irish players including detailed analysis of such greats as Roy Keane, Liam Brady and Paul McGrath. And, finally, Giles names the player he considers the greatest of them all.