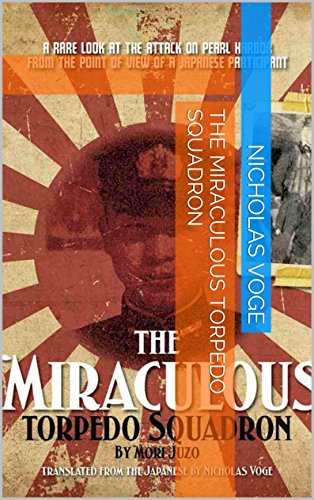 This is the autobiography of Jūzõ Mori, a torpedo bomber pilot in the Imperial Japanese Navy during WWII. Never before translated into English, this book gives a vivid depiction of what it was like to fly and fight for the IJN. Contents include the author's youth in pre-war Japan, joining the navy and training to become a pilot, and his combat experiences during the war. Mori flew first in China, then took part in the attack on Pearl Harbor, the invasion of Wake Island, the Indian Ocean and Southeast Asian operations, the battle of Midway and the battle for Guadalcanal. This is a rare opportunity to view the war through the eyes of one of our opponents in his own words.
Filled with hitherto unrevealed details about the most significant battles of the war, this book is a must read for those interested in the history of the Pacific War.
Nick Voge spent many years working as a translator in Japan and is also a commercial pilot flying for a small Hawaiian airline. He is thus uniquely qualified to translate this epic story into English.