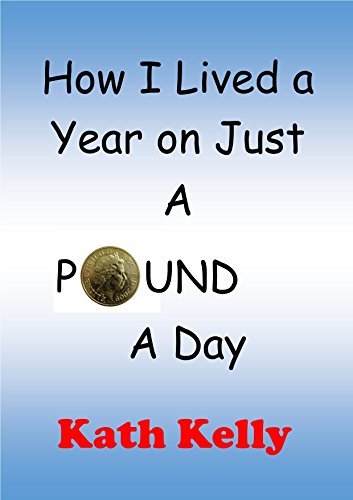 Kath Kelly was broke. That was okay, as all her friends were too. But she had an important event to budget for, just a year away. How could she save enough in time, and still have some kind of life in the process? One drunken night, she made a rash decision: to live on just one pound a day for the next twelve months.

This is the incredible but true story of how a mission to cut her spending to the bone showed one woman another side of herself and of human nature. Through the ups and downs of a year like no year she had spent before, she discovered how greed and waste was messing up people - to say nothing of the planet – and came to see how much fun can be had on a few pennies a day.

First published in 2008 and now newly available on Kindle, with brand new afterword and updated hints and tips, this book has all you need to save money and have a good time while you do! Are you up for the challenge: to try living on a pound a day?